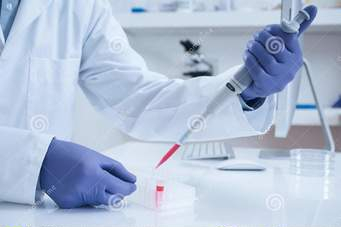 There is only one Muppet, extraordinary little creature that she is; she is truly in a class by herself. Well, actually, it is hard to believe that creating a dog that looks like Muppet is even a repeatable event. We didn’t know that at first because Muppet’s body, when she was rescued, was devoid of many of her “fingerprint” features. She was a sickly, ravished little pup, severely emaciated, with no hair, no coloring, and ears weighted with a massive scabies infection.

The veterinary clinic labeled her a poodle mix, as good a guess as any. Besides, what breed or breeds contributed to making Muppet didn’t really matter then. Keeping Muppet alive and getting her healthy was the focus. It took a whole month of quarantined hospitalization to make that happen. Sure, during that time, staff speculated about her genealogy, making note of some of Muppet’s unique attributes, like her LOUD, hound-like howl, and other quirky vocalizations. Everyone thought the puzzle would be solved as Muppet healed and her hair grew back; hair being such a defining feature of a dog breed.

Not during that month, not later. Other than a singular patch just inside her right ear and some hairs on her paws and privates, Muppet has remained dressed for life in a nudist’s colony. Muppet is astoundingly hairless.

Now, according to accepted genetic science, there are only five breeds of hairless dogs. One is the product of a recessive gene, the American Hairless Rat Terrier, so Muppet would have to be a purebred one of those (not likely to be dumped in the forest).

Two breeds are rare to the U.S. (ditto, not likely to be dumped), the Peruvian Hairless and the Argentine Pila Dog.

Then there is the Mexican Hairless Dog, with a name starting with X and too long to pronounce, and the Chinese Crested Dog.

Muppet is not a good replica of either of these breeds by body type, but because they have a dominant hairless gene, it is possible to cross-breed them and sporadically pass on the hairless trait to the resulting puppies.

Now, we only intended to FOSTER Muppet, remember that? And while we were FOSTERING her, we, too, engaged in our own breed research and speculation, changing our opinion as her body weight and skin coloring returned to normal — well, what was normal for her.

Then, we decided it was entirely ridiculous to think that Muppet would ever leave us and we ADOPTED her as our very own. Now, we were willing to pay out the big bucks to conclusively and scientifically find out what Muppet was.

We decided on Wisdom Panel and $85, a few swabs of Muppet spit, and 2 weeks later we had our results. My hands trembled as I clicked the log-in button to learn Muppet’s pedigree. Which special hairless breed would she be? Who would win the bet, Gordy or me?

No one won that bet, because none of us guessed that …..

No, seriously, Muppet is 50% Beagle, 12.5% Brittany Spaniel, 12.5% Wirehaired Vizsla and 25% a mash-up of three broad Breed Groups. Not only did we not see that coming, we expressed great disappointment in the product. It MUST be flawed. So, I wrote a follow-up email to the company, including pictures of Muppet and politely (well, as politely as I could) asking about the …. er….reliability of the results in explaining her primary feature; her hairlessness.

I expected to be blown off with standard mumbo jumbo, but no! Their follow-up email said they were exceedingly interested in pursuing this with me. They asked for more pictures and any other information I could provide and a week or so later, I got a call from Dr. Cindy Elston, who spent a thoroughly engaging half hour with me doing a deep dive into Muppet’s genetics.

Let’s just say I learned a lot. Here are some interesting highlights. Muppet has a high level of homozygosity which is a nice way of saying she is a product of a fair bit of in-breeding. She has Beagle on both her maternal and paternal sides and those Beagles “knew” each other pretty well. Her hairlessness may be the result of that inbreeding and the malnutrition she was obviously subjected to, or that her mother was subjected to. It is also theoretically possible that a spontaneous mutation occurred to create Muppet’s hairlessness. More likely, the hairlessness was specifically introduced and then “scrubbed clean” of the genetic pool. You can force breed through four and five generations of dogs in relatively few years. Introducing a Chinese Crested (thus introducing the dominant hairless gene) at Muppet’s great -or great-great-grandparent level would no longer show up as a gene imprint, yet the possibility of passing on the hairless gene would remain.

That’s the story that makes the most sense to me. I think someone, somewhere is doing some backwoods “designer dog” breeding with hairlessness as a goal. Muppet was valuable to them because of her hairlessness so they bred her extensively, taking minimal care of her, then dumping her when she was no longer useful. Horrible.

But, Muppet is not horrible. Muppet is unique and amazing and often times reminds me of fantasy animals, like unicorns and dragons. Muppet is magical because she is Muppet and there is only one Muppet in the whole wide world. I am glad to have engaged in the process of finding out about her roots, I can’t say enough good things about Wisdom Panel, but in the end, I don’t care what Muppet is…..just that Muppet is ours.

One thought on “The Science of Muppet”